Share to Help Loved Ones Find the Best Chromebook Tablet

Are you in the market for a Chromebook tablet, also called a tablet Chromebook?

This Chromebook Tablets Shopping Guide is designed to help users make sense of Chromebook tablet specifications so you can make an educated choice to get the detachable computer you want for personal and/or work use.

Chromebook tablets are also capable of running apps made for Google’s Android OS with an ARCVM container and, for some models, Linux apps within a Debian-based virtual machine.

Unless manufacturers specify otherwise, all Chromebooks launched since 2019 feature the ability to run Android apps plus Linux apps. A common gripe with pure Android tablets is that Android OS (operating system) updates don’t come for long—if they come at all.

With Chromebook tablets, however, ChromeOS, at least, will receive updates for several years, and you can check models you’re eyeing on this Google list. Whether specific Chromebook tablets will receive Android OS updates is another matter, however, and will depend on computer capabilities. Google doesn’t release a publicly available list on Android OS updates for ChromeOS computers.

Many Chromebooks launched since the late 2010s have featured 2-in-1 functionality, meaning these laptop computers can be positioned as standard laptops but also as tablets, with the keyboard-and-trackpad base snapping backward, thanks to cleverly designed hinges.

In this section of the Chromebook Tablets Shopping Guide, let’s now turn our attention to some key specifications that shoppers look for when making a purchase decision.

Most people buying Chromebook tablets are looking for a solid display first and foremost.

At their heart, Chromebook tablets are media consumption devices, with users reading ebooks, comic books, magazines and newspapers as well as blog and website content. They’re also watching videos from Netflix, YouTube and other platforms. They’re also listening to music on Spotify or another service and taking in their favorite podcasts.

By now, it’s certainly clear that having a quality Chromebook tablet display is important to most customers. The first Chromebook tablet display specification to consider is screen size. It’s important to ask yourself what size screen is appropriate for your needs, hand size and eyesight. The earliest-released Chromebook tablets featured screens with roughly 10-inch displays, but some modern models have bumped up the screen size to 13.3 inches. Also, keep in mind that, the larger the screen size, the larger the keyboard keys and trackpad. For some users with large hands, typing on a cramped keyboard is a no-go, even if using a tablet for only occasional typing.

Next, screen brightness is another factor worth weighing when deciding on a Chromebook tablet to ensure adequate visibility, especially if you plan to use your Chromebook tablet outside in the glaring sunlight. Screens boasting 400 nits or higher tend to perform better outside, but screens with 300 nits or higher will perform sufficiently indoors.

Finally, when it comes to Chromebook tablet display specifications, you might want to check out models’ screen color gamut to ensure the computer you pick up is color-rich enough for your tastes. Some Chromebook tablets are budget-friendly, and compromises are made to reach a palatable price point. Some compromises involve the screen, with some screens featuring a good resolution but drab, or muted, colors.

The Chromebook tablet with the best visual display is the Lenovo Chromebook Duet 5 (82QS001HUS). This 13.3-inch, 400-nit OLED panel contains 100 percent of the DCI-P3 color gamut, and colors roar off the screen with aliveness and richness. This Chromebook tablet is the only model manufactured with an OLED screen, which produces the strongest contrast, as the pixels are turned off the display when representing true blacks. 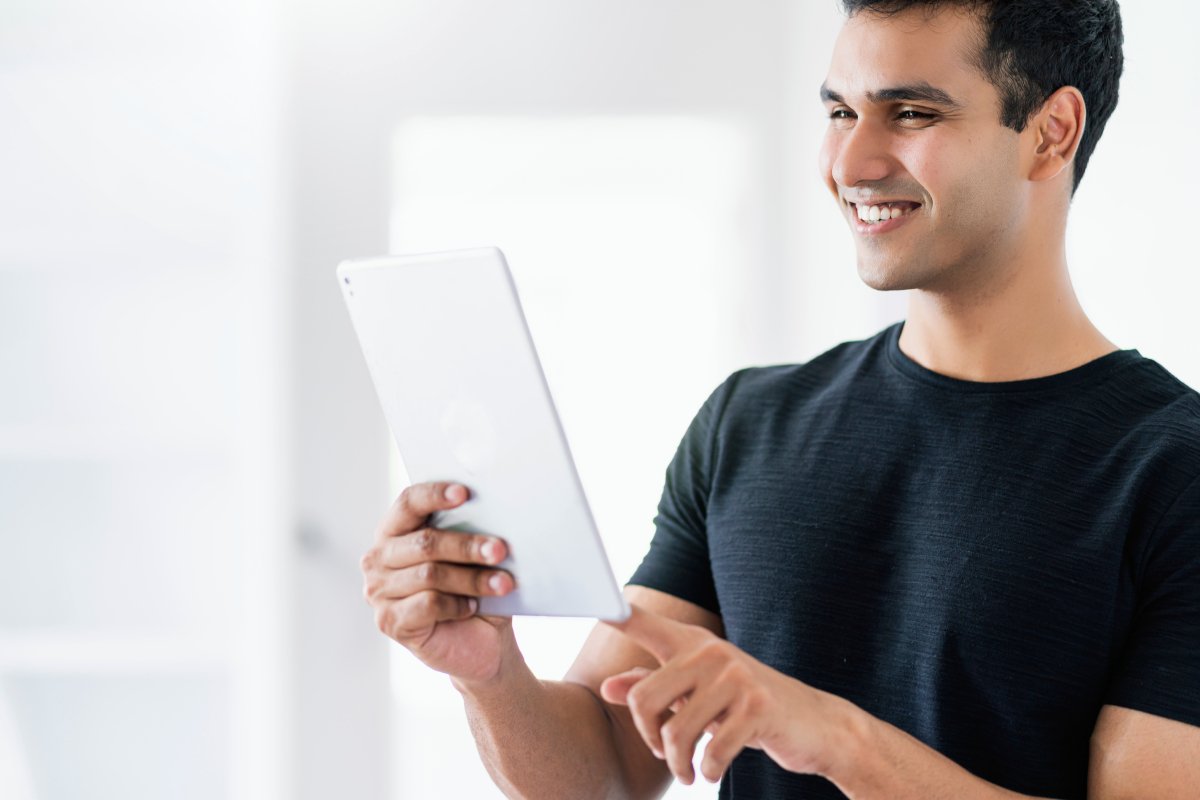 Because Chromebook tablets tend to be smaller and lighter computers, it’s important to understand that these devices are not designed to be blazing-fast machines able to juggle multitasking madness.

Rather, it’s best to set Chromebook tablet performance expectations, and they should be considered as computers that are average, at best.

In laptop mode, Chromebook tablets are best used for tackling some emails, shopping online, checking in with your favorite blogs and websites, chatting with your family and friends on social media and media consumption. Through and through, Chromebook tablets excel at versatility foremost and should not be expected to shine for intensive research purposes or to keep dozens of tabs and apps open.

Because new computer processors are hitting the market every month, this Chromebook Tablets Shopping Guide isn’t the place for you to get the scoop on whether a given processor is robust enough to handle all the tabs and apps you’d like to run simultaneously.

When it comes to RAM, however, guidance is generally easier to provide. Many Chromebook tablets come with 4 GB of RAM. On a Chromebook, this is enough to run about 15 active Chrome tabs, but once you add Android apps to the mix, the computer experience begins to get bogged down.

If you’re on a tight budget, you can make a Chromebook tablet with 4 GB of RAM work, but you need to know that, for best performance, it’s ideal to keep the number of tabs and apps to a minimum.

Chromebook tablets that come packed with 8 GB of RAM can handle more resource-demanding applications such as bouncing around from any one of 10 open tabs to a few Android apps.

The Lenovo Chromebook Duet 5 (82QS001HUS) features an 8-core Qualcomm Snapdragon SC7180 processor running at 2.55 GHz along with 8 GB of LPDDR4X RAM clocking in at 2133 MHz. If powerful (enough) performance is important to you, this Chromebook tablet model is worth your consideration.

Chromebook tablets are likely to be held in hand or perched on a tablet stand inside or outside your home and, perhaps, too far away from an electrical outlet for battery juice.

It’s reasonable to think that you might spend the overwhelming majority of your time using your Chromebook tablet when it’s not plugged in.

This leads us to the final key Chromebook tablet specification worth weighing in this Chromebook Tablets Shopping Guides when making a purchase decision: battery life.

Most Chromebook tablets bring long-lasting batteries to the table, but only some go the extra miles you might need if relying on your Chromebook tablet when out and about or just away from a power source such as an electrical outlet or portable power bank.

Chromebook tablet manufacturers advertise battery life specifications and highlight how many hours models are expected to last. Know that these time estimates are flattering figures, with real-world usage typically running 67 percent to 75 percent of the amount of hours specified.

The reason for this discrepancy is that manufacturers run tests with computer brightness set at about 50 percent and only a single tab such as a streaming video up on screen.

Most Chromebook tablet users will have few to several tabs and maybe an Android app or two active. These extra resources can negatively impact battery life, resulting in significantly less battery juice availability.

If you’re relying on a Chromebook tablet for work, long-lasting battery life might be a critical feature and not just nice to have.

This Chromebook Tablets Shopping Guide has spotlighted some key specifications that shoppers look for when making a purchase decision.

Shop All Products in the Chromebook Tablets Store

☛ View All Items in the Store

Share to Help Loved Ones Find the Best Chromebook Tablet

Dazzling Chromebook Tablets Are Yours for the Taking

Do you want to find the best 2-in-1 detachable Chromebook tablets?

Stay in touch for the latest products, featured items and articles.